Nursing Student Cassie Angrisani Recognized by State Board of Educators 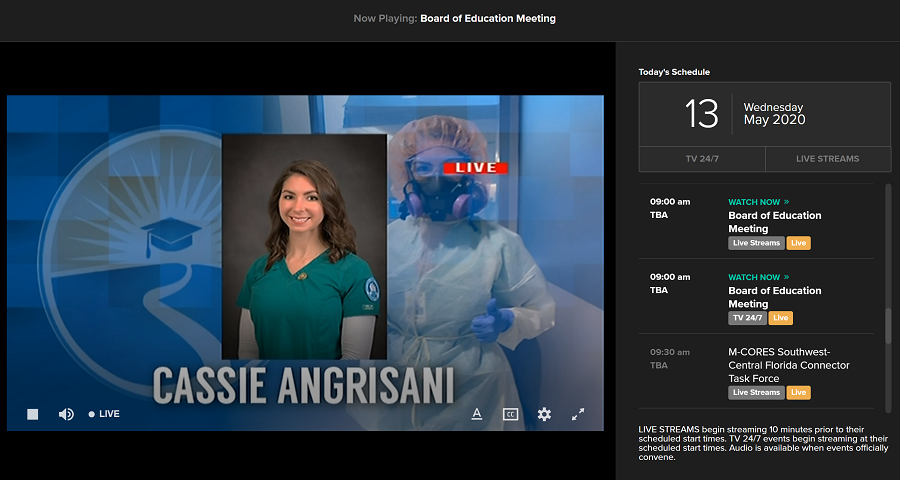 DAYTONA BEACH, Fla. (May 19, 2020) – Daytona State College nursing student Cassie Angrisani has been recognized by the State Board of Education for her work as an emergency responder on the front lines during the COVID-19 crisis. Angrisani was honored on Wednesday, May 13, before the Board’s regular meeting by Florida Education Commissioner Richard Corcoran and Division of Florida Colleges Chancellor Kathy Hebda.

Angrisani graduated on May 11 with her Associate Degree in Nursing (ADN), previously graduated from DSC’s EMT certificate program in 2015 and has been working as a paramedic with AdventHealth Daytona Beach. Prior to that, Angrisani served four years of active duty with the United States Navy where she was a firefighter and is currently a Petty Officer First Class in the U.S. Navy Active Reserves, supporting submarine bases in the U.S. and Japan by working on engineering equipment.

“Working in the ER is tough because we are the deciding factor of who is being tested, admitted, and placed in isolation,” said Angrisani. “I have seen people who tested positive that looked as if they had the common flu, and I have also seen patients who’ve tested positive in the ICU on vents.”

In her role as a paramedic, Angrisani experiences the threat of almost constant exposure to the virus while often wearing full isolation gear, including respirators and double gloves in patients’ rooms. It has also taken a toll on her personal life, forcing her to observe social distancing from her own family at home.

“I take it seriously, especially with my family, since I am constantly exposed to the virus."