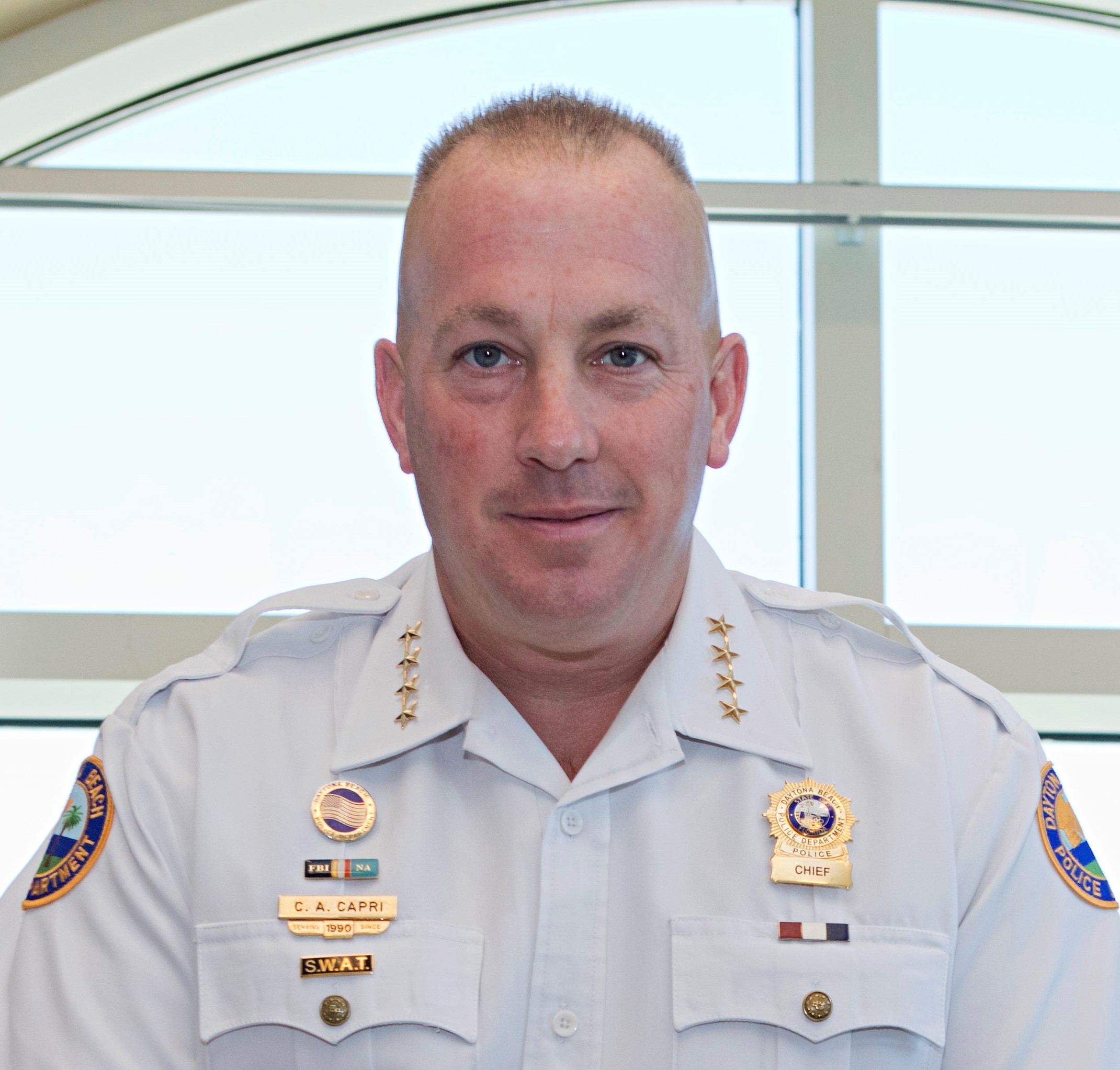 DAYTONA BEACH, FLA. (Dec. 6, 2019) – Craig Capri, a 1989 graduate of Daytona State College's Law Enforcement Academy and current Daytona Beach Police Chief, has been honored as the 2019 LeRoy Collins Hometown Hero Award winner presented by the Association of Florida Colleges (AFC). The AFC is the professional association for Florida's 28 state colleges, their boards and employees. Capri recently received his award during the Presidential Gala Dinner at the AFC Annual Conference in Palm Harbor, Florida.

"There are many individuals and organizations we partner with, but as the Chief of the Daytona Beach Police Department, Mr. Capri is a true partner with Daytona State College in every sense of the word," said Dr. Tom LoBasso, College President. "He exemplifies an officer's commitment to serve and protect the community, and he also represents a genuine example of what graduates of the Florida College System can achieve."

Nominees must have achieved a measure of success within the nominating college's district and have demonstrated notable community involvement while expressing a clear, relevant impact of their college experience on their success.

Capri's time at DSC was not limited to the Law Enforcement Academy. In 1997, he returned to the College and earned his Associate of Arts degree before continuing his education at the University of Central Florida where he earned his bachelor's and master's degrees in criminal justice. Capri is also a graduate of the FBI National Academy as well as the Police Executive Research Forum's Senior Management Institute.

Capri joined the Daytona Beach Police Department in October 1990 and worked in every major division over the next three decades, including patrol, criminal investigations and narcotics. He progressed through the ranks while moving into leadership positions in Narcotics, Rapid Response and SWAT, to name a few, and is an expert on de-escalation tactics in modern policing.

After serving as deputy chief of police under former chief and now Volusia County Sheriff Mike Chitwood, Capri was sworn in as Daytona Beach Police Chief in January 2017, and now leads a force of some 450 full- and part-time officers and civilian employees. Under his leadership, DBPD launched an Advanced Technology and Cybercrimes Unit (ATAC) that targets sex crimes and the growing variety of white-collar criminal activity such as identity theft. He initiated an Unmanned Aerial Systems unit with plans to purchase two drones, primarily for search-and-rescue operations, and his department was among the first in Florida to make body cameras a standard practice for patrols.

An adjunct instructor at DSC's School of Emergency Services, Capri remains active in the community, working with high schools and neighborhood watch programs, and continuing his longtime relationship with the Police Athletic League.

In 2018, DSC's Alumni & Friends Association recognized Capri's accomplishments with the Alumni of the Year Award, noting his 100 percent commitment to the community that he serves and his progressive approach to law enforcement.