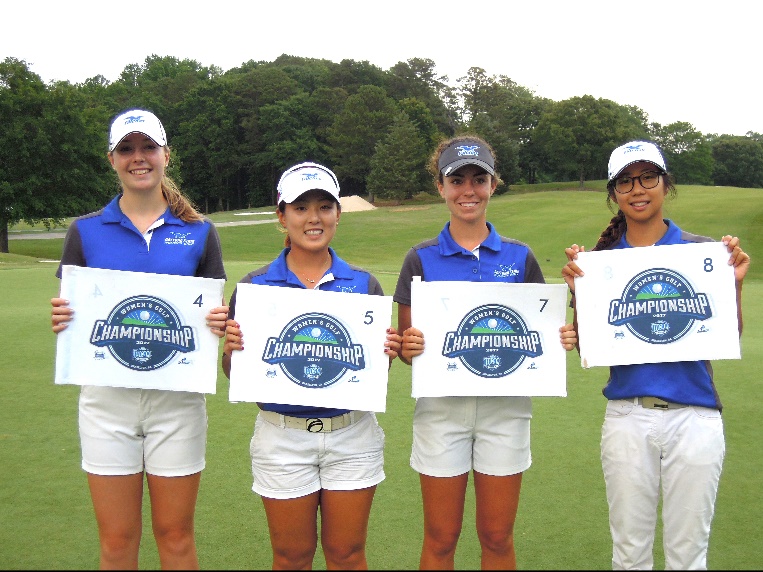 "I am thrilled with how well our women's golf team performed this weekend in a field of tough, high-level competition," said DSC President Tom LoBasso. "To go up against NCAA programs and come away as the runners-up is tremendous, and the record-setting performance from Jiwon was outstanding. This is definitely a proud moment for the Falcons."

Behind Jeon's first round performance, which also matched the DSC school record for the lowest single round score, the Falcons ended day one in first place at the Lady Paladin Invitational with a team score of 284 (-4). DSC slipped into the runner-up spot during Saturday's second round when tournament hosts, Furman, began to tighten up on their home course. The Falcons finished in second with a team score of 867 (+3) behind the Lady Paladins' 857 (-7).

"I was extremely pleased with the overall team performance this weekend," said DSC Head Coach Laura Brown. "Every single player contributed to this finish. It was very exciting for them to compete at this level and to do so well."

"I am especially happy for Jiwon and her record-breaking performance," said Coach Brown. "To set not only the single round record, but the 54 hole scoring record was incredible. Quite an impressive accomplishment."

As the reigning NJCAA Division I National Champions, the Falcons are off to an impressive start in the 2017-18 season. Earlier this month in their first tournament of the year, Daytona State topped a field of eight on their home course at LPGA International for the Lady Falcon Invitational.

The Daytona State women's golf team also earned top honors in the classroom last season, taking the title of NJCAA Academic Team of the Year with a team GPA of 3.89.
Currently, the Falcons have 161 student-athletes and 121 athletic scholarships in eight varsity sports including men's and women's basketball, men's and women's soccer, women's golf, fast-pitch softball, baseball and volleyball. DSC, which competes in the NJCAA, offers an all-around sports complex, including the L. Gale Lemerand Health, Wellness and Community Education Center, an indoor pool, two top-notch playing fields and a field house. Next fall, the Falcons will add women's and men's cross country.