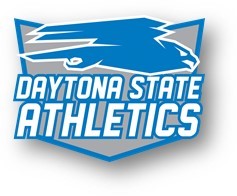 Daytona Beach, Fla. (June 29, 2017) - Daytona State College will soon expand its tradition of excellence in athletics and academics with a new cross country program. At their June 29 meeting, the college's District Board of Trustees voted to add men's and women's cross country teams in the fall of 2018, the first in the Florida College System to offer a men's team in the sport.

"After reviewing a number of options, our trustees and senior staff recognized that adding cross country would benefit the entire college, with minimal investment," said Tom LoBasso, DSC president. "We already have a successful track record in athletics with student-athletes who consistently perform well in school and after graduation. Adding to that will enhance our institutional success rates and give local high school students another avenue to pursue a future at Daytona State."

DSC will begin rolling out the new program by adding a full-time faculty member this fall. In addition to teaching student success courses, required for new DSC students in the Associate of Arts program, the faculty member will serve as head coach for both the men's and women's teams. By the fall of 2018, the Falcons hope to have two, 10-person teams ready to run.

The Florida College System Activities Association (FCSAA) currently has seven women's cross country programs, and Daytona State will be the first to offer a men's team.

"We want to provide as many opportunities as possible for students to attend and excel in higher education," said Will Dunne, DSC athletics director. Noting the sport will add eight more athletic scholarships, four for each team of 10, he said it will open up new recruiting opportunities for local high school students to attend DSC. "Our athletes have a strong record of performance in their sport and in the classroom. These student-athletes will be able to play their sport for two years, get a great, affordable education and be more likely to graduate and move on to a four-year university."

Daytona State carries a winning tradition in both competition and academics. The 2016-17 women's golf squad earned the program's ninth NJCAA Division 1 national championship and also received Mid-Florida Conference and FCSAA Women's Academic Team of the Year. The men's soccer team in its first year qualified for the NJCAA Division 1 national tournament advancing to the quarterfinals. And the men's baseball team earned its 11th consecutive FCSAA Men's Academic Team of the Year award for 2016-17. Over 90 percent of DSC student-athlete graduates transfer to a university.