DAYTONA BEACH, Fla. (May 6, 2015) – It will be all pomp and circumstance at the Ocean Center on Monday, May 18, during two commencement ceremonies celebrating the academic 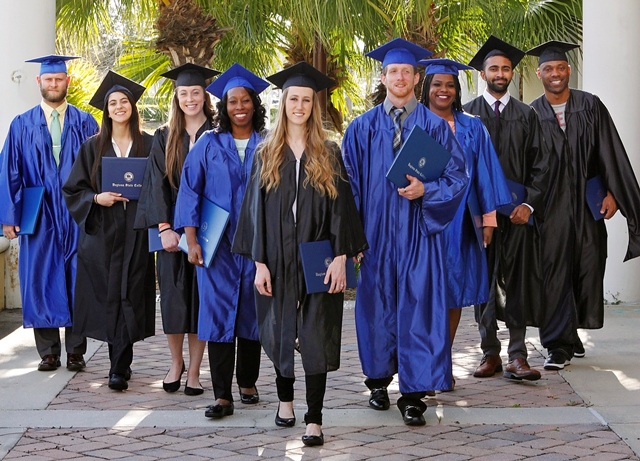 During the 2014-2015 academic year that began last August, more than 3,500 students have completed their academic programs and will be added to the ranks of Daytona State alumni. This includes those who completed their degrees and certificates during fall semester 2014, plus some 1,700 spring semester graduates and approximately 350 more who will be added by summer's end.

Among the graduates are 1,531 associate of arts (AA) university transfer degree recipients. Future AA students can take advantage of Daytona State's new partnership with the University of Central Florida's DirectConnect to UCF program, which affords them smooth transition as juniors into UCF baccalaureate programs. AA students comprise about half of DSC's enrollment each year.

The college also will honor over 500 bachelor's degree recipients, including 44 who are DSC's first Bachelor of Science in Nursing (BSN) graduates. The college began offering the BSN in January 2014.

All totaled, 2,263 have earned their bachelor's degree since Daytona State began offering them in 2006. That first degree, the Bachelor of Applied Science in Supervision and Management, was offered in response to a statewide analysis that revealed Florida has a shortage of bachelor's degree holders compared with other states. Since then, DSC has added 10 more bachelor's degree offerings in Education, Engineering and Information Technology, and Nursing.

Many of the college's bachelor's degree recipients are working parents or have responsibilities that prohibit them from commuting long distances to go to class. Many went back to school to improve their chances of being promoted to higher positions. Some chose Daytona State to prepare for change in their careers. Others weighed the substantial cost savings gained by choosing a bachelor's degree from DSC.

Among this year's associate degree and certificate recipients are 80 dual-enrolled students who will receive their Daytona State credential, weeks before receiving their high school diplomas.

With special recognition this year, 1,546 students are graduating with honors, 333 with high honors and 126 have been inducted into the international honor society Phi Theta Kappa, based on their leadership skills, scholarship and community service.

Thirty two Falcons this spring were named to Who's Who Among Students in American Junior Colleges, and 14 students were inducted into the Daytona State College Hall of Fame, the highest honor that faculty can bestow upon a student.

Since its founding in 1957 as Florida's first comprehensive community college, Daytona State has awarded nearly 95,000 degrees and certificates.