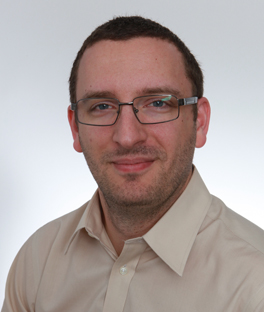 best in the Florida College System.

Orndorff, 31, earned runner-up status as Professor of the Year during the Association of Florida Colleges' (AFC) 65th Annual Convention held this week in Destin, Fla. The organization represents Florida's 28 state and community colleges.

The Miami University of Ohio graduate joined Daytona State in 2011 and quickly became one of the college's most regarded professors by students and faculty alike. He has been a pioneer of leveraging technology into instructional pedagogy via the college's cutting-edge "Classroom of the Future." He has been featured in the Orlando Sentinel and is a frequent guest on the local broadcast political talk-show circuit.

Orndorff currently serves as parliamentarian for the college's Faculty Senate and last year was awarded its Dr. John Guthrie, Jr. Award for Research and Professional Development.

An expert on social media, he last year published The Social Media Presidency, a book that examines how the Executive Branch is institutionalizing social media as a communication strategy and gaining autonomy from the press. Focusing primarily on the Obama Administration, the book expands on a quantitative study Orndorff conducted as part of his doctoral dissertation at Miami University of Ohio. As part of that study, Orndorff tracked the number of interviews President Barak Obama and past presidents held with the press.

"President Obama has institutionalized new media as a long-term communication strategy," Orndorff notes. "He is the first to have a director of new media. My suggestion is that this means the kind of message you now see as a lay person from the president will be less filtered; there will be less initial commentary. If you're getting it through Twitter and Facebook or some other new-media function, you're not going to have that critique, and that is a key communication difference for the receiver."

In the book, Orndorff suggests that social media will ultimately change politics and governance itself, noting such an evolution can serve to not only change the executive interaction with the press, but also with the populace at large.