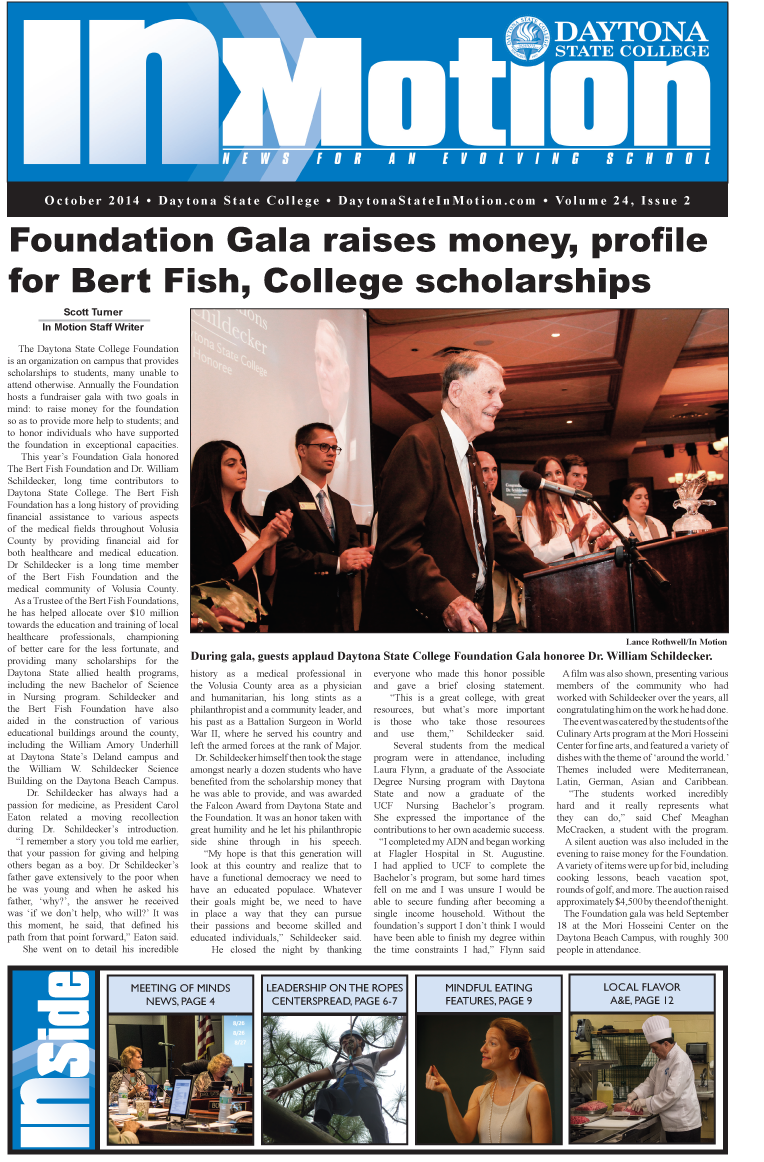 For the second consecutive year, InMotion, which published its first edition in 1991, came in second overall in General Excellence behind Miami Dade College's Reporter. InMotion has been dominant in the annual competition for more than a decade, placing first overall seven times and second five times.

Historically, the competition has been divided into two divisions based on institutional size. This year, however, the divisions were consolidated into one. Nevertheless, in addition to the General Excellence award, the student journalists, print designers and photographers came away with eight other honors, including three first-place awards.

"Combining the divisions makes our showing this year all the more impressive, since we were competing against much larger institutions," said Elena Jarvis, a journalism professor and co-advisor to the student newspaper. "Placing so well in General Excellence was an honor, and I am immensely proud of our students."

Dean of Student Activities Bruce Cook, who is also co-advisor to the newspaper, said the publication provides an excellent learning experience for students, especially for those who have an interest in media and journalism as a career. "This is truly a student-run publication. Everyone takes pride in teamwork and collaboration," he said. "They are serious about serving their campus community. They want to become involved and make a difference."

Other Daytona State awardees were: