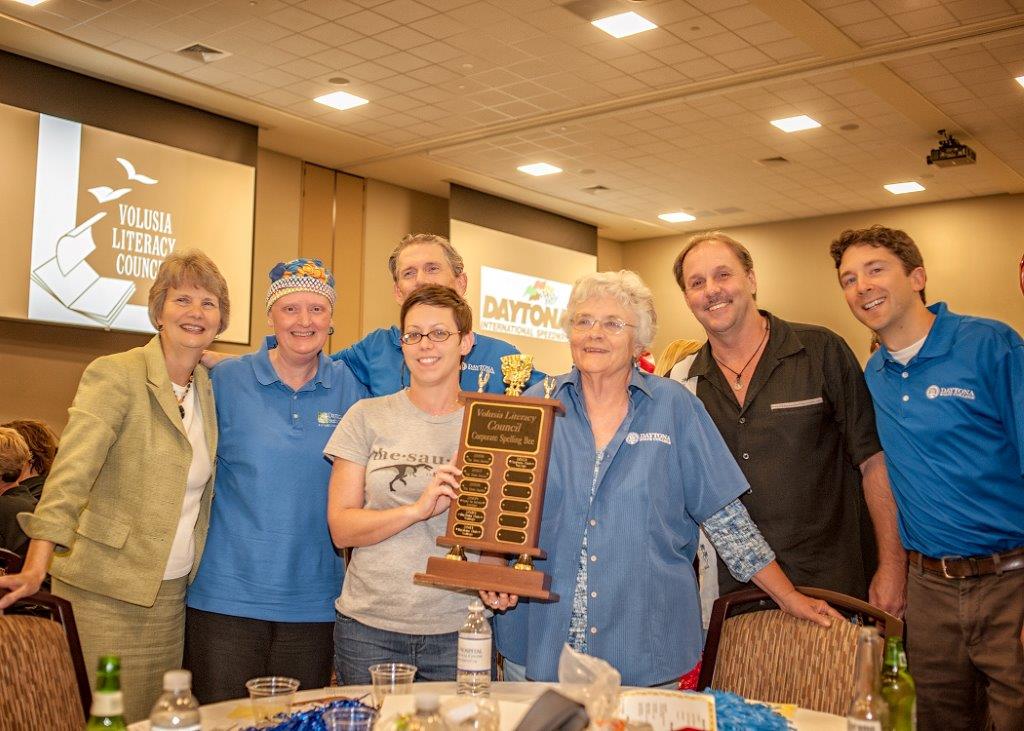 The event started out with 20 teams of eight each and a large group of spectators who came to cheer for their favorite team. After a thrilling spell off with Daytona State, Embry Riddle Aeronautical University came in second. The Daytona Beach News-Journal finished a close third.

The judges were Dr. Carol W. Eaton, president of Daytona State, and Bob Davis, president of the Hotel and Lodging Association and a Volusia Literacy Council board member. The event was held on the ERAU campus, hosted by Dr. John Johnson, ERAU president, and his wife Maurie.

In addition to the keen spelling competition, the evening featured a ‘spirit’ contest for the corporations that sponsored each table. Florida Hospital won the award by dressing as “Super Healers,” closely followed by Halifax Health with a six-foot replica of the France Tower as a table center piece and “Spelling Bee” costumes. The ERAU team came dressed as “Nerds” with propeller heads to top off their costumes.

Adding additional flair and surprise, a Daytona Beach Police cruiser drove up for Literacy Council Executive Director Bill Hinebaugh to “arrest” the eliminated teams for bad spelling, have their mug shots taken and give them a fine for charity. The Spelling Bee raised over $16,000 for the council, a United Way partner agency providing free tutoring in reading, writing and math for illiterate adults throughout Volusia County.