DAYTONA BEACH, Fla. (Nov. 22, 2013) - Seeing John Connor in action - teaching and discussing ideas with students at Daytona State College - shows a dedicated professor, with no hint of the growing acclaim for his “Revelation Theory of Learning.” 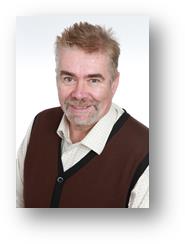 For over a decade, the soft-spoken, modest professor has evolved a theory that learning is a multi-sensory experience, with visual perception the dominant facilitator. Connor has honed his years as a K-12 teacher, school psychologist and professor in Daytona State’s School of Behavioral and Social Sciences into a learning theory that maximizes students’ ability to understand and retain knowledge.

Connor’s “Revelation Theory of Learning” has drawn critical acclaim, particularly in Europe and Canada and numerous U.S. states. His book on the subject, Frames of Learning: Revelation Theory of Learning, was published in 2012 by Kendall Hunt Publishing and received high marks by reviewers, with one noting, “Mr. Connor has written a great book for the masses on the wonders of the human mind. In it you will find information about all of the senses and how they work to keep us on top of the totem pole in the animal kingdom.”

RTL is an instructional method that is universal, Connor said. It can be used for all subject matter and all types of students, from K-20, including those with learning disabilities and varied learning styles. “Revelation” is actually an acronym that contains the seven elements Connor says are required for effective instructional delivery:

Despite its global acclaim, Connor, who joined Daytona State College in 1998, says his theory is merely an extension of the iconic work of cognitive development theorists such as Jean Piaget, B.F. Skinner, Albert Bandura and Howard Gardner. “I’m merely standing on the shoulders of giants who came before me,” he said.