Milestones abound with Class of 2013 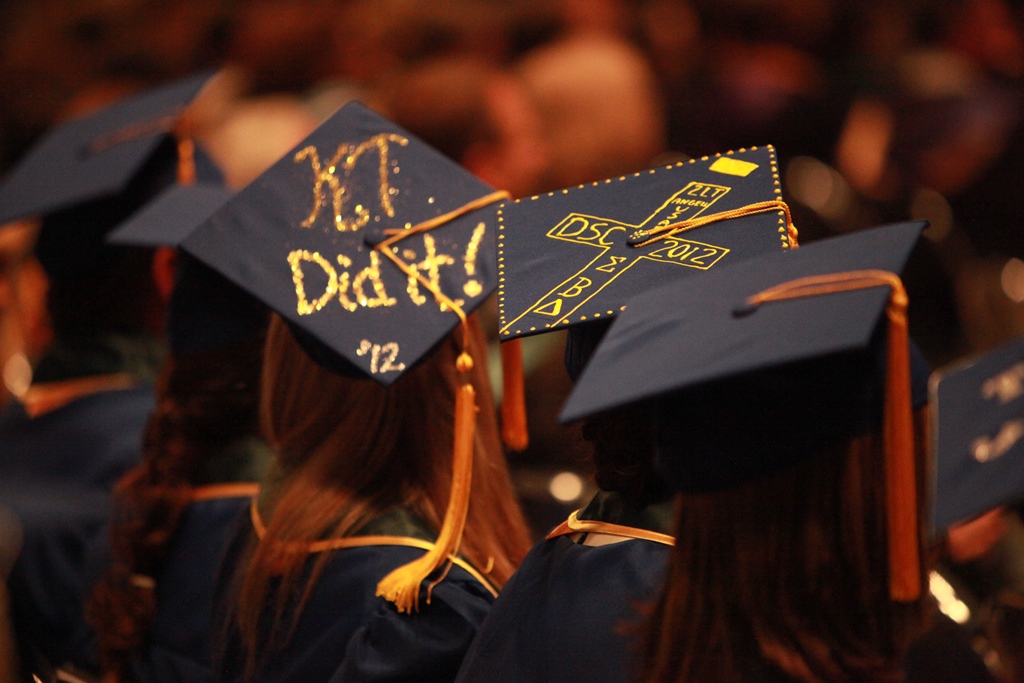 DAYTONA BEACH, Fla. (May 6, 2013) – More than 4,200 students will be added to the ranks of Daytona State College alumni during commencement ceremonies to be held Monday, May 13, at the Ocean Center, 101 N. Atlantic Ave., Daytona Beach. Another 552 candidates who are expected to graduate by summer’s end also will be recognized.

Monday’s commencement will honor 410 bachelor’s degree recipients, along with another 71 expected to complete their degree this summer. Among them are 269 graduates of Daytona State’s Bachelor of Applied Science in Supervision and Management degree, marking a milestone of over 1,100 students who have earned the credential since it was launched in 2006 as the college’s first baccalaureate degree offering. Since then, Daytona State has added eight additional bachelor’s degrees in Education and Engineering Technology. Monday’s commencement will bring to nearly 1,500 the number of graduates who have earned a bachelor’s degree at Daytona State, including candidates for summer semester graduation, since the institution transitioned from a community college to a four-year-degree-granting state college.

The Class of 2013 also features nearly 2,000 associate of arts graduates, including seven who were named to the state’s All-Florida Academic Team. More than 2,100 students, including candidates for summer 2013 graduation, will have earned their associate of science, associate of applied science or certificate credentials.

Of the 828 veterans who were enrolled at Daytona State this past year, 198 are slated to earn their academic credentials during commencement.

This year more than 1,500 are graduating with honors, including 300 with high honors, and 110 have been inducted into the international honor society Phi Theta Kappa, based on their leadership skills, scholarship and community service.

Twenty-four Falcons this spring were named to Who’s Who Among Students in American Junior Colleges, and 16 students were inducted into the Daytona State College Hall of Fame, the highest honor that faculty can bestow upon a student.

Since its founding in 1957 as Florida’s first comprehensive community college, Daytona State has awarded more than 86,000 degrees and certificates.
###